..."And Allah took a handful of southerly wind, blew His breath over it, and created the horse. He said to the magnificent creature, "I have made thee as no other. All the treasures of the earth lie between thy eyes. Thou shall carry my friends upon thy back. Thy saddle shall be the seat of prayers to me. Thou shall fly without wings, and conquer without any sword. Oh, horse." ~ Bedouin Legend ~..."

The Kurozweki legend tells us that long ago three knights on horse-back rode through the land that later was to become Kurozweki. Close to where the palace today stands, the knights came to a halt in order to let their horses graze on the green grass and drink the clear spring water. Meanwhile, the knights noticed an ideal site for the building of a fortress: a patch of dry, elevated land amongst a swampy land. This was the beginning of Kurozweki, a harmony between the site, the knights and their steeds...

Horses have always been connected to Kurozweki throughout its history. A stone round oval fortress was build around 1380. Later a small village came into existence on the small hill overlooking the valley formed by a the Czarna river (literally the "Black" river) where the fortress had been erected. In these far away times horses had a very important role in everyday life. Horses were the means of locomotion as well as a help in agriculture when used to plough the land. They were also an indispensable war companions to the knights. Over the years, the mid-evil fortress became a renaissance castle and, still later, was transformed into a baroque palace. At first the interior courtyard of the castle was shared by the knights with their montage but when transformed into a baroque palace, stables on the other side of the Czarna were built to accommodate the horses. These sables were later moved to a larger and better location in nearby Kotuszow. The old stables were then transformed into homes and exist to the present day...

This fascination with horses is linked to the location rather than the families who have inhabited the castle, it is a passion that is passed on from family to family: From the Kurozwekis to the Lanckoronskis, from the Lanckoronskis to the Soltyks and finally to the current owners the Popiels.

In 1833, the last of the Sołtyk line and heir to the Kurozwęki palace, Emilia Sołtyka marries Paweł Popiel (1807-1892) of the Sulima coat of arms. Paweł was, what we call today, a horse lover. There is a famous portrait of Paweł Popiel painted by Piotr Michalowski representing him on an Arabian thoroughbred in the uniform of the Cracovian regiment of the November Uprising. 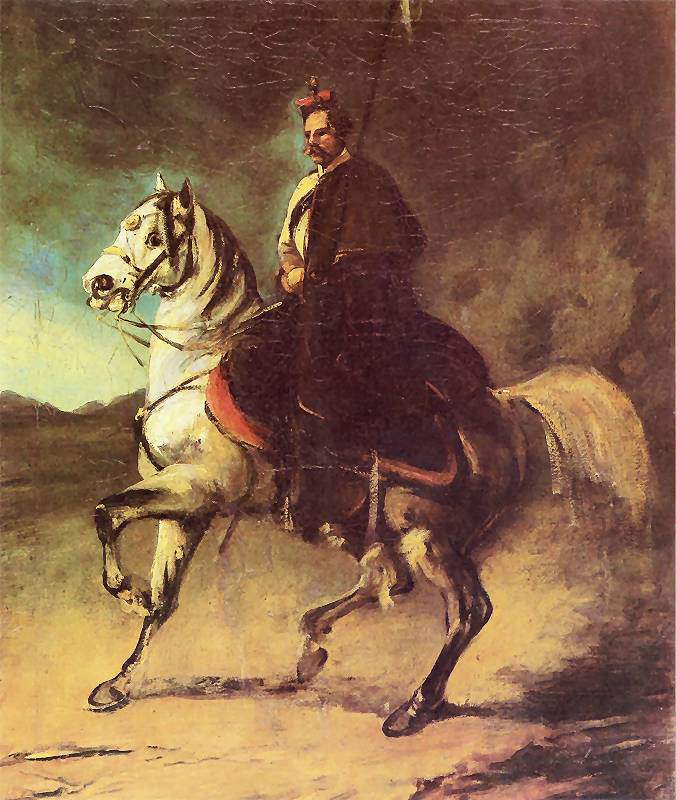 Paweł's grandson, also called Paweł (1870-1936), owned a herd of Anglo-Arabs, which he kept in nearby in the new large stables of nearby Kotuszów. Paweł, a great connoisseur of horses and horsemanship and an enthusiast, is our patron and inspiration. 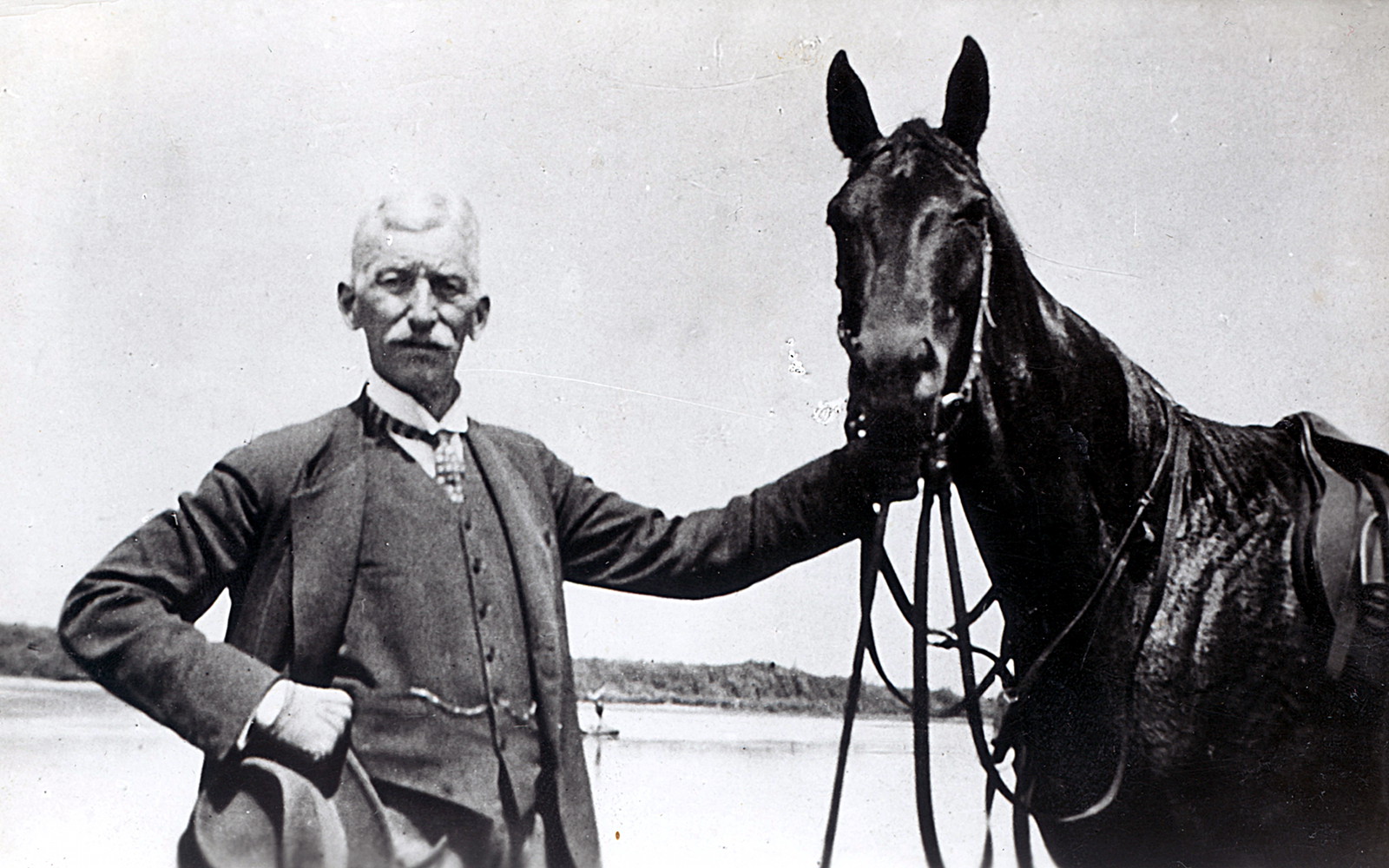 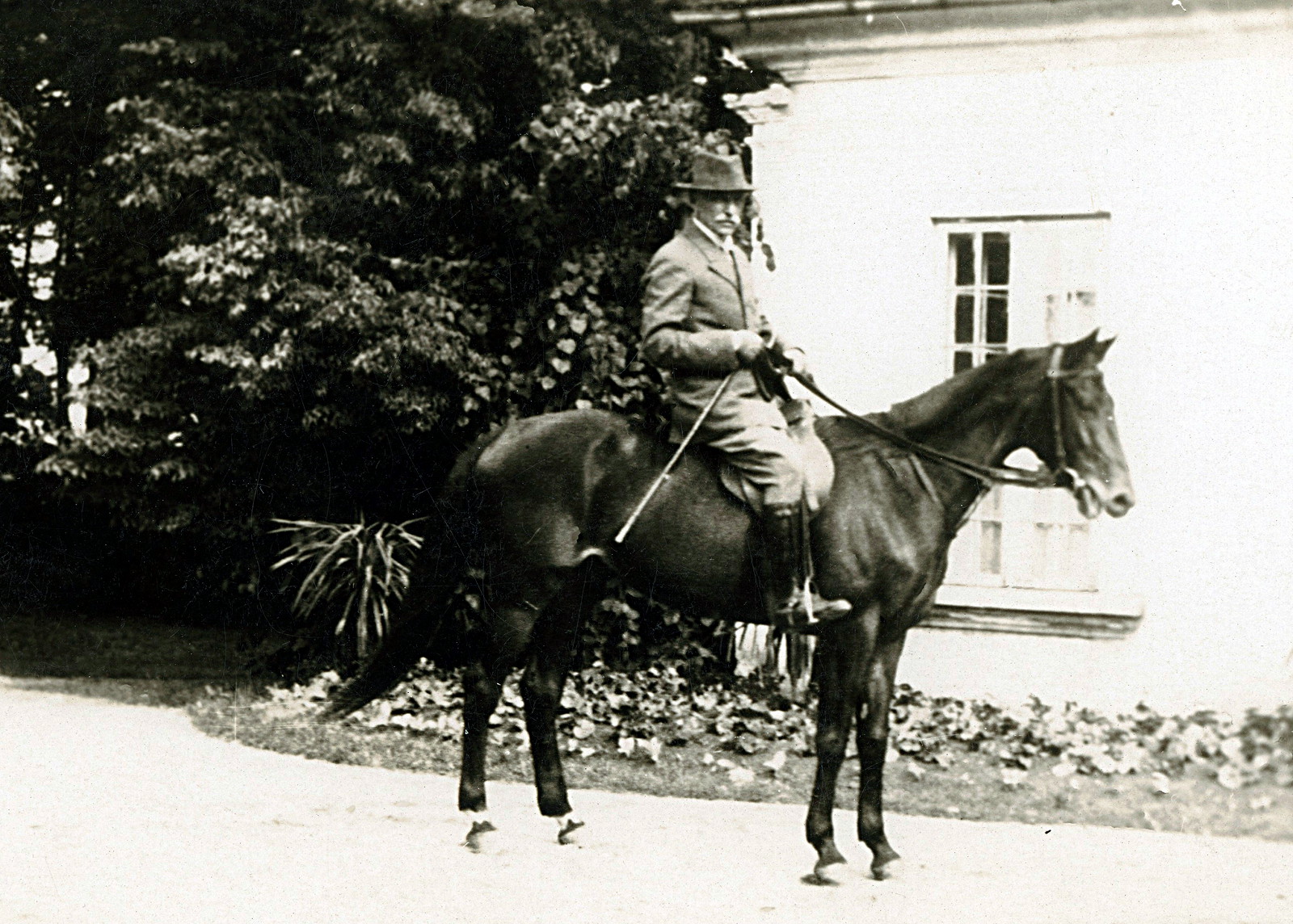 
The historian Professor Emanuel Roswtorowski, gives us an idea of who Paweł Popiel was:
From a young age Paweł Popiel was a precursor of horse sportive events in Poland and also ran for many years the stud farm in Kurozwęki which he had inherited from his father. He was an expert and an authority in the theory and practice of horsemanship. Paweł was always in contact with many Polish and international breeders, he was totally fluent in horse genealogy and worked on monographs of different stud farms (such as the thoroughbred stud farm in Chorzelów (1928) and the Anglo-thoroughbred stud farm in Serniki (1935)). He published many articles, reports and memoires In national papers such as: "Jeździec i Hodowca", "Przegląd Wyścigowy", "Rolnik", "Gazeta Rolnicza", "Poradnik Gospodarczy", "Przegląd Hodowlany". He also helped promote Polish horsemanship and breeding internationally working with papers such as: "Die Sportwelt", "Sanct Georg Zeitung", "Le Sport Universel Illustré" and "Le Jockey".

Between 1931 and 1935 with his beloved mare "Jedynka" he left his stud farm in Kurozweki and visited gentry manors, stud farms, barracks of the cavalary regiments and monuments of historical importance, he covered on horseback more than 16,000 km! He published four reports (all together 343 pages) on his trips. His reports were a unique mix of horsemanship, landowner chronicles with some history and local geography. Some of his reports were printed as episodes in magazines such as: "2918 km on horseback, an excursion in the river-basin of the Wisła, San, Bóg, Wieprz, Skaw, Styr, Nida, Prosna, Warta, Brda, Noteć and Pilica", 1933 (in the paper "Czas"); "To Białowiez and to the country of the Huculy on horseback", 1935 (from the paper "Rolnik"); "Following the Wisła all the way to the Polish sea on horseback", 1936 (from "Rolnik"). Compared to Don Quijote, he addressed his reports to young people, trying to show an example in promoting travel on horseback as a beautiful and inexpensive way to travel (as opposed to automobile tourism which he very much disliked!).

After World War II angloarabian horse breeding program was continued in Kurozweki but the stud became property of state. As a consequence of all the stock being dispersed or lost during the war, the first attempts to restore breeding weren't highly satisfactory. However, after 25 years of hard, continuous and consistent work Kurozweki-bred horses reprezented excellent angloarabian type, harmonious design and athletic structure combined with exotic beauty.

Meanwhile, Polish Arabians became more and more popular all over the world and both Michalow and Janow Podlaski Studs were unable to satisfy so rapidly increasing demand. That's why several Arabian mares from Michalow and Janow entered Kurozweki stables in July, 1973 and the new chapter of horse breeding in Kurozweki began. Between 1973-1998 there were 229 brood mares registered, they were members of 14 dam lines. The most prolific and valuable were Gazella, Sachara, Mlecha, Selma, Woloszka dam lines but also the other ones, such as Milordka, Rodania Cherifa or Adjudze proved to be highly succesful.

The most valuable branches of this dam line were establihed by CYKUTA(Negativ-Cyneraria) and WIEŻA(Doktryner-Wieszczka)-two Janów Podlaski brood mares transfered to Kurozwęki in 1974. The former, through her daughter CYRKULACJA(by Palas), is a granddam of CZATA(by Banat)-twice UK Champion Mare. Czata in turn is a dam of exquizite CZECZOTKA(by Eukaliptus)-Austrian Champion Mare. The latter of foundation mares mentioned above, WIEŻA is a dam of beautyful WIORSTA(by Banat)- All Nations Cup Reserve Champion Mare- and a granddam of WIZYTA(by Wermut)-All Scandinavian Champion Mare. Brave racers: MAHOŃ(Tryptyk-Mątwa)-Derby Stakes, WŁODARZ(Pepton-Wiorsta)-Piechur Stakes, CZUJNIK(Wigor-Celebracja)-Bandola Stakes as well as excellent endurance performer CYRYL(Sinus-Cyrla) are also Kurozwęki-bred members of Gazella dam line.

This dam line was established and developed in Kurozwęki by EUFONIA (by Doktryner)-the oldest daugter of EUNICE(Comet-Epigona)-one of the cornerstones of Polish breeding programm. There were three excellent mares among Eufonia’s numerous progeny: EUGLENA(by Banat), ERYTREA(by Andrut) and EUFORIA(by Bandos). Euglena is well known as a dam of EUSKARA(by Ararat)- All Scandinavian Champion Mare/Best in Show, Top Five in European Championships. Euforia became a founder of her own dynasty. 7 out of her 10 daughters were registered as broodmares and secured further peristence of this subline. EJNIA(by Algomej), ESTETKA and EUTROFIA (both by Palas) succesfully participated in Polsh National Championhips while EUBEA(by Banat) became All Scandinavian Champion Mare. Moreover, Ejnia- a brave racer herself- is a dam of a unique racing athleet EMAEL (by Palas)- Derby, Produce and Europa Stakes winner.

8 reprezentatives of this precious dam line came to Kurozweki between 1973-82 but only 3 of them managed to establish their own sublines. Janów-bred ARENA (Gwarny-Arba) is a dam of Oaks winner ATENCJA (by Eukaliptus) and solid performer and broodmare AGAWA (by Palas). Derby winner TRAF (by Elef) and beautyful TANIA (by Bandos) are the best offspring of Michalow-bred TREMA (Gwarny-Tradycja). Grey HARONIA (Celebes-Harmonia), transferred from Janów Podlaski Stud in 1975, established the most valuable and prolific branch of Mlecha dam line in Kurozweki. Haronia was an excellent producer, she was a dam of 14 foals (11 fillies among them) during 15 years of her breeding career. Beautyful HERALDYKA (by Palas) was undoubtedly her best daughter and she, in turn is a dam of exquisite HULANKA and HEROLDIA (both by Eukaliptus), as well as HERB(by Wigor) twice Polish Endurance Champion, sold to Jordan where he successfully continued his career as an excellent endurance performer.

Michałow-bred, bay ZAMIEĆ (Czardasz-Złota Iwa) proved to be the most significant member of Selma dam line in Kurozweki. She was a consistent producer of quality offspring: ZLOTY POTOK (by Bandos)-Europa Stakes winner and a racing athlete ZAGON (by Melon)- winner of 15 races out of 72 starts. The best daughter of Zamieć was ZADYMKA (by El Paso)- sold to USA, where was awarded with the title of Scottsdale Reserve Champion Mare. The further thriving existence of Zamieć-established branch of Selma dam line was secured by ZAGADKA (Eufrat-Zadymka) and her 6 daughters.

Numerous but of less importance, the strongest Kurozweki branch of Wołoszka dam line was established by ELLEIDA (Algomej-Ellonga). High seller at 34th Pride of Poland Sale, elegant, with abundance of world-class quality ELŻUNIA (by Palas) proved to be the best out of 5 Elleida’s daughters. Elżunia in turn is a dam of outstanding, exotically black ELŻBIETKA (by Borek) and a granddam of ESTRALA (by Werbum) which promises to be a broodmare of a great worth in our breeding program.

Michałów-bred GWARDIA (Branibor-Gwara) brought genetic potential of this valuable dam line to Kurozwęki, and her daughter GRUSZA (by Andrut) is the only Kurozwęki-bred horse which was awarded with the title of European Champion Mare. Another outstanding founder of her own branch of Milordka dam line was CATALINA (El Paso-Czeczuga). Her daughter- graceful, emanating with feminine charm CALISIA (by Eukaliptus) was placed second at All Nations Cup. Delicate but with abundance of quality and type CENTRA (Eukaliptus-Castylia) is a dam of succesful show performers CYRYLICA (by Empres) and CETRA (by Eldon) and the prime of their breeding career is stil ahead.

This dam line was established in Kurozwęki by Michałów-bred NEWADA (Grand-Nomma) and her daughter NEJTYCZANKA (by Banat) secured its further existence. Nejtyczanka was a dam of 18 foals, five of her daughters were registered as brood mares and extraordinary NIMB (by Eukaliptus) was UK Champion Stallion in halter and ridden classes.
News
Mares
Stallions
Offspring
Sports and Recreational Horses
For Sale
Sold Horses
Shows
Rallies
Racing
Stud Offer
History
The Stud
Contact 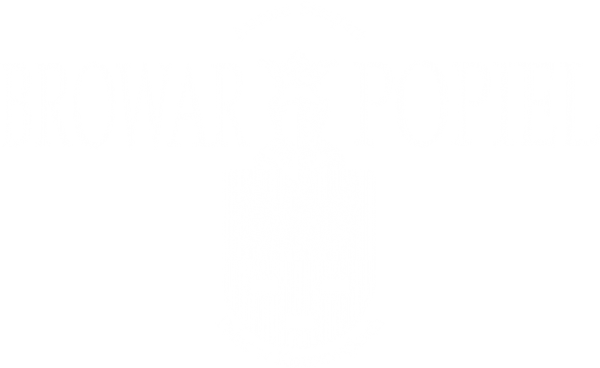